Skip to content
Missouri Department of Health and Senior Services

If you are in a provider-based RHC, it may be more appropriate for your finance department or CFO to fill this out. Please feel free to forward to the most appropriate person in your organization.

After the announcement, Deputy Secretary of Health and Human Services Eric Hargan hosted representatives from the National Rural Health Association, National Association of Community Health Centers, and myself, for a brief discussion of the Administration’s goals and plans. On this call, the Deputy Secretary indicated that the Administration would be unveiling more detailed plans in the weeks to come on these topics. It was made clear that while the Executive Order directs the various agencies submit plans within 30 days, the Administration has already been working for months on these policies.

Sec. 2 – Launching an Innovative Payment Model to Enable Rural Healthcare Transformation
The Administration plans to release a new rural payment model in the next few weeks. Details are largely forthcoming, but Secretary Hargan did confirm that the model would not be only for hospitals.

Sec. 3 – Investments in Physical and Communications Infrastructure
This effort is designed to improve broadband in rural areas. It is unclear to me if this plan would be separate from the Federal Communications Commission’s (FCC) Rural Health Care Program or an expansion of the FCC program.

A Rural Health Action Plan will be unveiled in the coming weeks but should represent a renewed effort to eliminate regulatory burdens and improve health outcomes in rural areas.

Sec. 5 – Expanding Flexibilities Beyond the Public Health Emergency
The Administration is preparing several regulatory actions that will make aspects of the telehealth Medicare benefit (that were temporarily expanded for the public health emergency) permanent. I expect that these policies will be proposed in the annual physician fee schedule rule which should be released very soon.

You can read the full Executive Order here: https://www.whitehouse.gov/presidential-actions/executive-order-improving-rural-health-telehealth-access/

To support Primary Care HIV Prevention (PCHP)-funded health centers, the Health Information Technology, Evaluation, and Quality (HITEQ) Center, a HRSA-funded National Training and Technical Assistance Partner (NTTAP), prepared a crosswalk mapping PCHP tri-annual reporting metrics to UDS measures and/or fields. This tool will assist health centers in leveraging UDS reporting functionality in their electronic health records to inform completion of the tri-annual progress reports to HRSA. The PCHP metrics listed in the first column crosswalk to specific data definitions in the calendar year 2020 UDS, which are specified in the second column, and then further detail is provided in the third column.

HRSA is offering virtual technical assistance (TA) site visits to assist health centers in developing and/or maximizing diabetes resources, systems, and capacity in order to improve diabetes prevention, monitoring, and treatment. The one-day virtual TA visit must occur in August or September. If you are interested, please contact Debra Bergen.

In recognition of the impact of COVID-19, HRSA will consider approving carryover of unobligated balances for any Health Center Program (H80) funding originating from more than one prior budget or project period—for example, unobligated balances from fiscal year (FY) 2018 that have already been carried over into FY 2019, and which your health center now needs for FY 2020 in-scope activities.

Note that any carryover funds, regardless of amount, must be used for the original approved purpose(s) of the award. In accordance with 45 CFR Part 75.403-405, you must use federal award funds only for allowable costs that are:

Whether it be out of fear, stigma, or a desire to protect, caregivers who provide for the needs of loved ones with mental illness often shoulder the many and misunderstood challenges that accompany a diagnosis. These caregivers are also susceptible to physical, emotional, mental, and spiritual exhaustion.

Faith communities have a unique opportunity to extend tangible love, support, and respite. As a result, they can help caregivers before burnout even begins. In this webinar, we explain Principle #3 — The Caregiver Principle — and explore how faith communities can lean into this work, supporting caregivers of family members with mental illness to thrive.

Join us on Wednesday, August 5, from 7 p.m. to 8:15 p.m. (CDT) for a can’t-miss webinar showcasing HPI’s Wave 10 data that thousands of dentists have contributed to in order to help us understand how COVID-19 is impacting dental practices. New this week, we’ll be presenting this webinar directly to a dentist audience, including a presentation and panel discussion among ADA leaders, and you’re welcome to join.

During the webinar, we’ll discuss how consumers feel about returning to the dentist, including who is ready to visit, who isn’t, and who they trust, based on data collected by Engagious, a renowned consumer research firm the ADA has partnered with.

Key ADA leaders will also discuss the ADA’s role in supporting dentists and safeguarding the safety of the public during the pandemic.

This will be an information-packed webinar, so we encourage you to submit your questions in advance on the registration form.

Can’t make it? You can still register and we’ll send you a link to the recording a few days after the webinar. 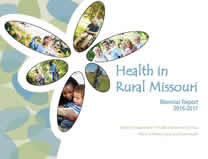